The World Health Organization says world is in danger of losing hard-won gains in the fight against COVID-19. It says the highly transmissible Delta variant is spreading in more than two thirds of all countries, with a global vaccination gap aiding the spread. In Africa, for example, just 1.5% of the population has been vaccinated.
And more than a million people are in lockdown in China – in the country’s worst coronavirus outbreak in months. The Delta variant is driving a surge in cases in the eastern city of Nanjing. Authorities are mass testing the population of 9 million. Cases have also reached Beijing and several other provinces.
Just when it thought it had the Corona virus largely under control with its stringent measures, China is now racing to get on top of a new outbreak – the worst in months. The highly contagious Delta variant emerging in Beijing and four other provinces is leading to increased measures.
Lockdown, mass testing and contact tracing. Same drill, different virus variant. This time to combat the more transmissible Delta strain.
A rise of cases in China has been linked to a cluster in the eastern province of Jiangsu, where cleaners at an airport in Nanjing tested positive two weeks ago. Officials were keen to assert they were on top of the situation.
China’s disciplinary watchdog blamed Nanjing airport officials for “poor supervision.” The health commission has since taken measures to disinfect the site. The coming days will show if that, plus Nanjing testing all of its 9.2 million residents twice, will help arrest Delta’s spread. 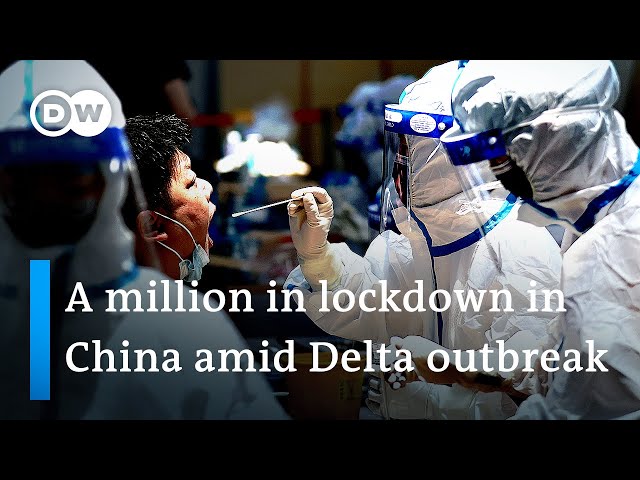 China is Building Sponge Cities to Fix Its Flood Problem